What Do You Wear To See a Queen?

By nshami14 April 17, 2019 #IAmBecoming an evening with a queen great gifts mother-daughter moments things I love about Michelle Obama 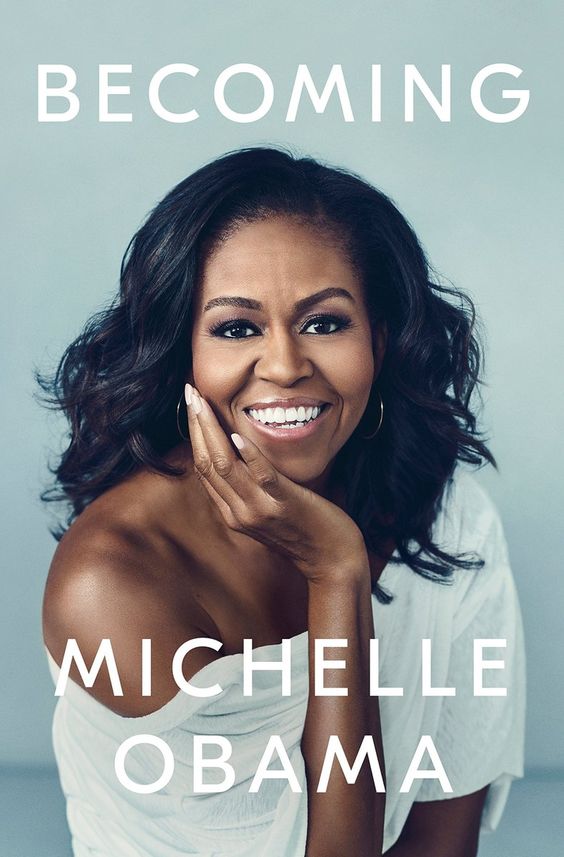 That was the first question my daughter asked after she surprised me with Michelle Obama tickets last December. I don’t know, the inside-my-head voice cheerfully thought as I hugged her and did a happy-dance. When I landed back on Earth, it was clear to me that I was just going to pluck something from my closet, a decision made easier as the special evening approached by some budget-bashing commitments, including an international vacation.

So, one nippy March evening, I dressed in form-fitting black and topped it with my signature flowing Mudcloth duster and some fun leather earrings and headed for the Tacoma Dome with my daughter, also in black, but with her signature red pumps.

When we arrived, I scanned the wrapping line. All colors, all ages, all clothing. Some wore pretty dresses or handsome suits and some were super casual in jeans and sweats as if on way to sports game. One very tall woman joined the line in a sequined pink tutu and a jean jacket as if she wasn’t making a statement, but also just being herself. We shared a nod and a knowing smile.

The color of the crowd’s energy was flashing neon red. We were so happy, so pumped that we let security rifle through our purses, confiscate our water bottles and wand us with no complaint.

After all, we were the lucky ones making it into the sold-out show.

People secured wine and drinks as they entered the venue. “That’s unexpected, I whispered to my daughter,” because it wasn’t like we were at a Beyoncé concert where a bit of booze was par for the course. But, then why was I expecting tea? She laughed and later eye-pointed to the lady next to her eating spicy potato chips out of her purse and sipping wine.

We passed all the merch—t-shirts, mugs, signed books—and a cardboard cut-out of beaming, hi-fiving Michelle and descended to the main floor. #IAmBecoming tweets flashed on the three huge screens near the stage with photos of faces we recognized in the audience. Also on the screens, were rotating montages of baby Michelle to now-Michelle, dappled with video-interview clips from her mom Marian, her brother Craig, Barack, Malia and Sasha.

We took our seats and it felt like I’d entered sacred space. I heard the rolling noise of the audience, yet time and space seemed transcendental.

Selfie with my daughter

Before we knew it, to thunderous applause and a standing ovation, Michelle Obama strolled onto the stage, elegant in all black outfit. Radiant with minimal makeup and freshly coifed hair. Her smile was equally warm and electric. She was happy to see us, she said, quickly apologizing for missing her original date because WE had record-breaking snow in February.

When she slid into the seat next to comedian Jimmy Kimmel, I noticed I was holding my breath. It was a happy holding, but still. Beyond her being the only First Lady whose journey I’ve watched with pride and connection, beyond her being a mere twenty steps away, I needed to breathe, so I exhaled.

I’d taken selfies with my daughter and considered a video too, but realized all I really wanted was to be fully present and listen. My heart would capture everything I needed to remember.

She didn’t read from her beautifully intimate memoir, Becoming, and having inhaled both the book and audiobook, I’d still greedily wanted something more, and in this genuine conversation guided by funny man Jimmy Kimmel, the something more was seeing that Michelle O really is that cool.

Between sneaking peaks and smiles at my daughter and hugging myself, my year was made. Later, I thought about the traits I admire most in Michelle Obama:

She is comfortable in her own skin.

She is herself. Not the I-woke-up-this-way kind of comfortable, but the this-is-who-I-decided-to-be comfortable that comes from putting time in to cultivate your spirit. She was peaceful and authentic, thoughtful and interesting. She answered questions, asked questions and seemed as curious as we were about where the night would take us.

She has a strong sense of purpose.

With an early family foundation of being loved and supported, it is obvious that self-described over-achiever Michelle Obama thought she had things to do. From early grade school scholastic gymnastics to the strong work ethic that carried her to Princeton University, Harvard Law School, a respected law firm, vice-president at the University of Chicago hospital and then on to the First Lady, hers has been a story of tenacity, accomplishment and service. I still can’t imagine her twiddling her thumbs or navel-gazing, but she seems to be exploring downtime options lately.

She has healthy boundaries.

Even though we were physically close and she warmly offered up more private details of her life in a funny, casual way, part of her felt inaccessible. Yes, her Secret Service detail was watching us from the shadows like hawks.  But there was also something self-protective about her aura—maybe the same part that is wistful about not being able to go to her beloved Target anymore due to love-mobbing—that said, I’m available, but I’m not. There was distance, as there should be.

She has a great sense of humor.

My favorite story of the evening was the one about the little girls who begged to sleepover the night before the current First Family moved into the White House. There were so many things left to pack, coupled with the emotional overwhelm of leaving her home of eight years. But these little girls whined and whined about having their made-to-order White House chef biscuits and waffles one last time until she finally gave in. She told them they’d have to be up early, though, to gather their blankies and biscuits and go. Predictably, they woke sleepy-eyed and dawdled to the point where she said she had to rush and practically push some of them onto the service elevator so she could dress to let the new occupants in. “Some of them had to get their biscuits to go,” she chuckled.

Michelle Obama has been called things no queen should be called. This good-hearted, super smart woman who was trying to support her husband and make us all better by launching health and educational initiatives, and just grow a damn vegetable garden. Bullying haters said she was too aggressive, too opinionated, too Black, too un-American (whatever any of that means) and showed too much skin in sleeveless dresses and shorts. Some cruelly likened her to an ape. How do you forget those things?

She took a quiet, vulnerable moment to share how hurt she’d been by the insults and false expectations hurled at her and Barack; how she’d felt like she was either portrayed as emasculating or cartoonish. The “birther” nonsense, the threats, the loss of privacy. Every word, every facial expression, every gesture, every action over-scrutinized.

” I‘ll cry later, she had resolved early on, and she was so fatigued that when she got on Airforce One to fly into the sunset, she sat down and wailed for a half hour about how hard it had been. When the damn broke, it really broke. 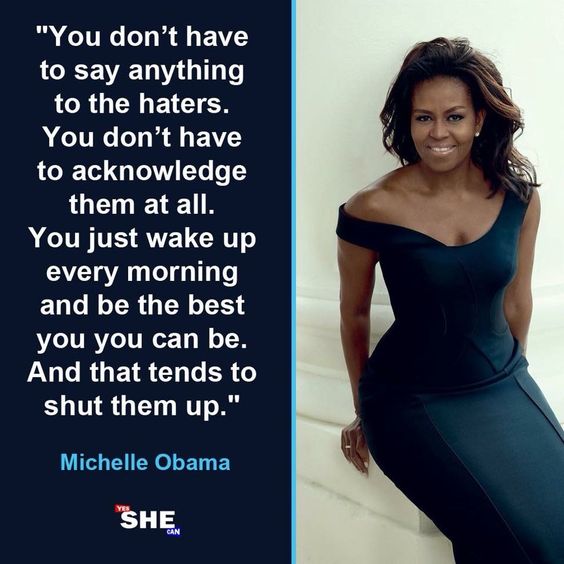 She is humble and graceful.

It was clear throughout the night as it has always been that Michelle Obama doesn’t think she’s the big deal we think she is. She does not seem to realize how loved and admired she is for being her regular self.

I have learned from Barack, but mostly from Michelle, that effortless sense of grace that can still permeate impossible times. There were so jabs she could have taken, so many true things she could have said about the quality of The Replacements, when Jimmy, baiting, said he missed them in the White House. She arched an eyebrow, but all she said back was, “I miss us too, but I am hopeful. Together we have the power to change things. Do good. Be your best self. Shine where you are. Help your neighbor.”

At the end as in the beginning, we sprung to our feet for a jubilant standing ovation. At one point, she looked straight at me and waved. At least that’s how it seemed, because even with her clear boundary, her energy generously says, ‘I’m here for you.” And she has that magical way of making it seem so for thousands of people at the same time.

9 thoughts on “What Do You Wear To See a Queen?”