Death Reminds Us to Live. It Has No Other Point. 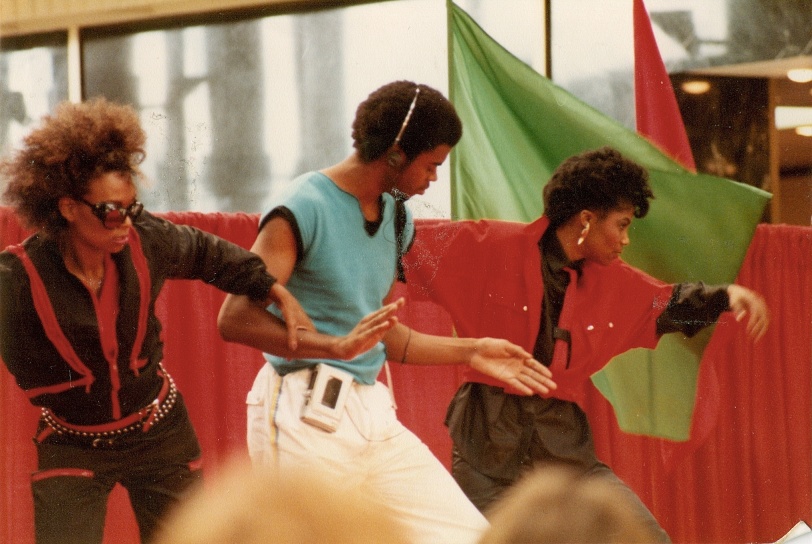 Death came again and another one of my younger brothers, Donald, is gone.

If it had not come on the heels of moving, some sad similarities would not have occurred to me.

Every family has its core archetypes. Mine consists largely of Creatives, Warriors and Addicts, dotted with mental illness. Donald had all of these elements in excess and, like my father, he also had that brilliant smile and charm that made you almost forget his shortcomings.

He was fourth-born. My baby brother, Merle, after him, OD’d a decade ago. Much younger-me assumed that we would leave in birth order—eldest to youngest–and I would go second. But it’s been the reverse and our count has dropped from five to three. I don’t know why that hammers the soul more, but it does.

In February, we lost my sister-in-law to a heart attack. Her widowed husband, Sonny, is still recovering from that and I did not want to compound his grief with the news that Donald had suffered the same fate. I just couldn’t tell him. Instead, my first call was to my oldest brother, Joe, who is helping with hospice care for his mother-in-law who is in her last days. He is also watching his best friend lose his battle with prostate cancer. Joe took it all in, sharing shock and grief with me while remaining his sturdy, philosophical self, and after I promised to take care of everything, we tossed stories of Donald into the shattered space. I handle West Coast deaths, he handles East Coast. This has been our unspoken agreement.

The second time I spoke to Big Brother with an update, he said, “I know this sounds cold, but all of this death around us reminds me that I had a really good life out of one that started really shitty.” It did sound cold a mere hour after I had arranged to have Donald’s cold body picked up by a funeral home. Because the Home forgot to disconnect me, I had the misfortune of hearing someone talking to dispatch trying to figure out whether it would be easier to get him out the back or the front. “I’m still on the line,” I said quietly.

Nevertheless, Big Brother’s words also rang true. Already we were letting go of another brother and wondering how his absence would affect our presence.

I hope the same brilliant, mysterious forces that brought Donald here took him home and that his soul is at peace. Mine is not. I expect to make a full recovery though. I say it this way because it feels like I’ve had major surgery, something surgically removed, and my discharge instructions were to move slowly, exercise patience and take care so I can fully heal. Warm broth, soft foods, and no freeway driving.

I have begun to wrap memories of Donald around me like a warm quilt and that is a comfort.

He was a dancer, so lately I sporadically turn on my Move-It playlist and dance.

Also, since I am in a new place that has more parks than I have ever seen, one of my tricks for discovering unfamiliar territory is to concoct getting-to-know-you themes and what I did one day was find the parks within a mile (five) and skip rocks. We did that as kids, the five of us. Never was I any good at it and that is still true. Too, when we were younger, because Mom didn’t drive, my brothers and I walked or biked everywhere and often entertained ourselves by going to the park.

I am embracing death’s mysteries while looking around for blessings, the biggest ones being that I even got to call Donald ‘brother’ and that he left me a wonderful niece who is reinventing herself with  a new sense of purpose beyond her despair.

I am remembering that you have to see a house in winter to appreciate its spring and that this is true of people too. I saw all of my brother’s seasons I was supposed to.

It has been exactly two weeks now and the early devastation and deep sadness swallowed me. I probably looked like I had PTSD a few days in, but somehow I managed to make arrangements for Donald and comfort my niece, his only daughter. Then one day, a blubbering hot mess, I felt a desperate need to look at photos of him.  Surrounded by moving boxes, my hands magically went straight to the buried photo boxes. Somehow, it helped me get ground under my feet. He is gone, but I can still see him.

In this one, I was maybe fifteen and Big Brother and I had the music cranked up and were dancing around with our big afros and rebellious teenage sensibilities. Donald was behind me, trying to get in on the action, but also being an annoying little brother. He only came up to my rib-cage then, but like all of my giant brothers, he would come to tower over me. 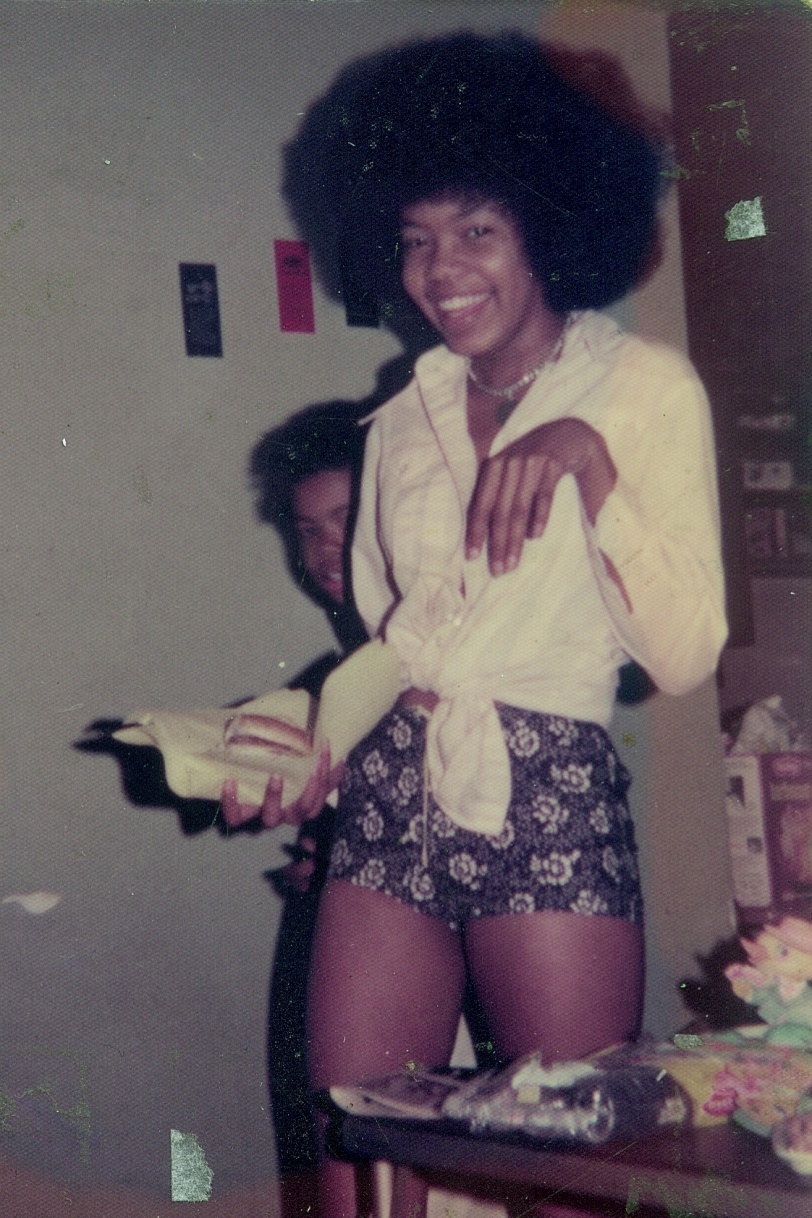 In this one, the most recent, he is sitting at my kitchen table waiting for another glass of cider, his favorite, which I only bought for him. Later we went onto my deck for a group photo of siblings, cousins and a few of the next generation, including his daughter and mine. 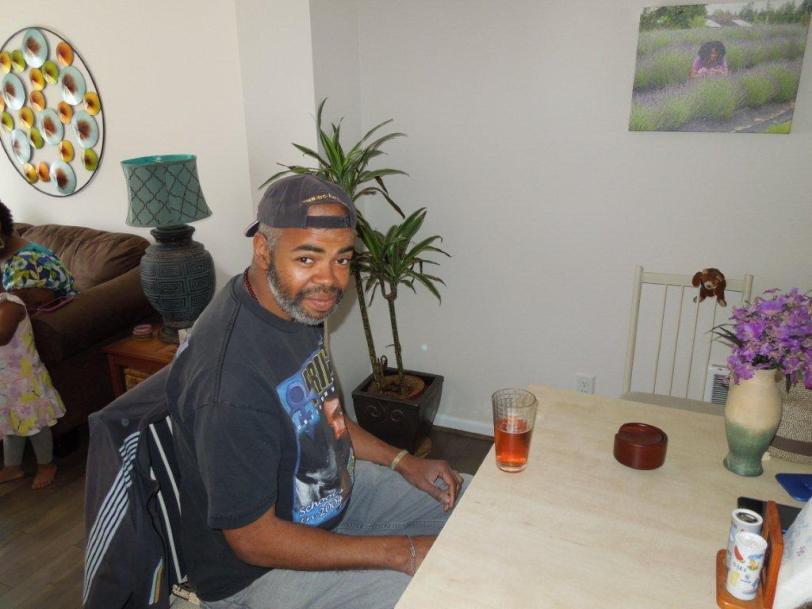 Not now, but later, I will remember that there was some humor too. Like being asked by the funeral home who Donald’s doctor was and me asking why because he didn’t need a doctor, he needed a mortician and the medical examiner could, in fact, certify that he was dead and sign the death certificate. Even fragile, I could line up these dots and instruct them to make heroic efforts not to ask the unnecessary.

Also later, it will be funny that one of the times I was talking to my niece, I learned that her mom, an older woman who married my brother when he was sixteen, never divorced him although they only lived together a year before he moved back in with my mother. (Every family has its dysfunctional stories and this is one of mine). This woman had firmly slipped into the role of wounded, grieving widow. Since I didn’t know they were still married after thirty years apart, I had already forged ahead, trying to properly see my brother out. Fortunately, she did not challenge me. Unfortunately, she was driving my niece crazy with her ideas for an over-the-top funeral and trying to get my brother’s social security checks transferred to her. I was less concerned with this than I was all of the grieving widow drama she was suddenly able to manufacture. But because she was not saying any of this to me, I chose not to respond to her antics and begged my niece to do the same.

You have to decide what to keep and what to let go of and find a place for everything left, good and bad.

It has also been stabilizing to remember that there is a cycle to death. The call. The response. Prayer and reflection. Notifying family and friends. The arrangements. Comfort care. Hard-core grieving. Practical matters of closing out a life. Numbness. Morbid thinking. The need for extra sleep, kindness and lowered expectations that you can do anything beyond basics.

Setting up house is an important ritual for me and I didn’t think I would be able to for awhile. I like to infuse joy and peace in my home and that was overshadowed by my brother’s death. How could I touch everything, old and new and feel anything but sadness? One day, though, I woke up and looked at the stack of Donald-photos on my nightstand and thought, ‘He loved me and he would want me to carry on and he knew how special home was to me.”

So, I popped out of bed and began in earnest to put my new home together. I assembled shelving and storage systems, hung art, unpacked and arranged things more, made another list for the handyman and hoped for better days.

Death is a meditation. You have to sit with it while still dealing with the responsibilities of life.

Death also marks us like a tattoo on the heart and walks with us forever.

As with everything, I write it out eventually. It is both therapy and salvation. This has been hard, really hard, but necessary.

I lost the road, but I am coming back to life. Like that damn Disney song I love, Circle of Life, I am accepting what I can’t change about the comings and goings of loved ones. Everyone I love will die and I will too, so I try to keep straight in my head what is impossible in my heart. I am still here and I will not waste what precious time I have left by grieving too long. I will find a melody that rides underneath the pain and create beauty from ashes.

Death reminds us to live. It has no other point.

11 thoughts on “Death Reminds Us to Live. It Has No Other Point.”