If I Came With Warning Instructions 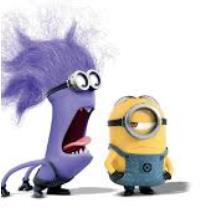 If I came with warning instructions, one would be this:

Leave unattended at times and DO NOT BOSS. EVER.

I saw this aspect of myself in a little girl at the beach this summer and I wanted to say, hang in there.

She was maybe five or six, smiley, blonde and petite, and totally engaged in building not a sandcastle but an entire sand village. The intricate designs and structures seemed beyond her age.

All of this I spied from behind the safety of big sunglasses and a poker face. Although I excitedly recognized the behavior, I did not want to intrude with my silly hellos and questions about her process or design decisions.

She was on a mission and I respect that.

Two slightly older girls who resembled her did not. They circled, Jaws-like, demanding she join them in the water.

She wasn’t rude nor did she ignore them altogether. Just solemnly looked them up and down, moved her head side-to-side and went back to her village. I knew that look. If I had a dollar for every time I cast it, I’d be mortgage-free.

The tall one tried to pull the little architect to her feet, but the mother, I assume, sharply cleared her throat and that was that. All of the girls went back to what they had been doing.

This reminded me how little love I have for bossy people. As in I would rather be locked in a room with gnats. Bossy people will not let you be, and in a weird way, I find them needy because why else would they try to impose their will on others? This is draining for Creatives and others who need space and time, and are naturally self-directed, self-entertained, and comfortable following their own flow, which may or may not involve other people.

I have a guy friend. Scratch that. He is trying to be a friend and I don’t know if we’ll get there, because he is borderline bossy and is much more concerned about attention and approval than I prefer. Often I wonder if he wants an audience or a friend and since I can’t decide, I am neither. He likes to have at least four people with him at all times, pushily recommends things from TV shows to travel. It all goes in one ear and out the other, so I am genuinely confused when he attempts to do follow-up.

Three things to know about me:

Reflecting on relationships, someone once told me that one person usually has more control than the other one. They craft the vision and the other one follows. But what if you don’t lead or follow?

What if you just do you?

As I watched that little beach girl, I made a silent wish that she be left appropriately unattended to roll around in her own answers too.